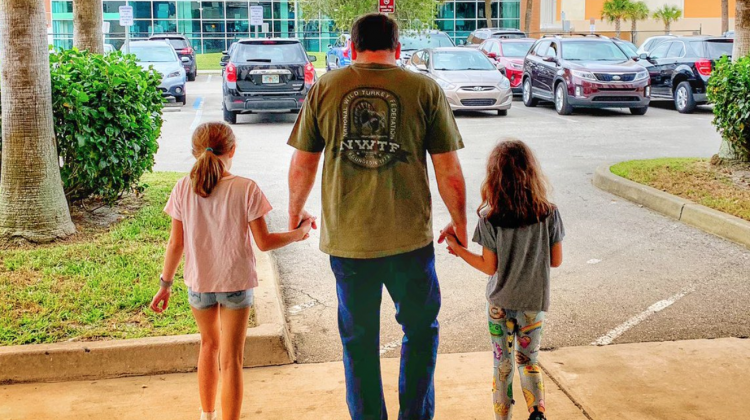 This week we get to go behind the scenes to see what is happening at the Rescue Ranch that is owned by Krissie and Ryan Newman. Miss Sprint Cup Julianna White spends some time at the ranch and shows us the day to day operation.

I think it is a great thing that Krissie and Ryan are doing. For more information visit Rescueranch.com. You can also see more videos on their YouTube Channel.

If you are in the area you can also sign up to volunteer at the ranch. Visit the site for more information.

Ryan Newman finished off a great day by winning the 63rd Annual Goody’s Fast Relief 500 at Martinsville. His Outback Steakhouse Chevrolet had a good battle on the final laps with the #22 AJ Allmendinger Shell Pennzoil Dodge. Ryan overcame a speeding penalty on pit road earlier in the race and was in the right spot at the right time when there was a late race wreck. This is the third win for Stewart Haas racing this year.

With only a hand full of laps left and Jeff Gordon and Jimmie Johnson battling for the lead there was a late race caution because of David Reutimann stalling on the racetrack. Jeff and Jimmie both lead the most laps as Jeff led for 328 and Jimmie led for 112 laps.

On a day that totally dominated by Hendrick owned cars the best placed Hendricks car was Dale Earnhardt Jr. who finished third and led for a few laps.

Dale Jr after the race said “Yeah, I’m real happy with our finish. We worked really hard all day, all weekend really we worked hard to obviously get the best finish we could. This is our first race with AMP on the hood, and we are proud to have a good finish for those guys, had a lot of people here in weekend.”

END_OF_DOCUMENT_TOKEN_TO_BE_REPLACED

Ryan Newman put the No. 39 US Army Chevrolet on the pole for the Coca-Cola 600 to give Chevrolet 600 poles in NASCAR Sprint Cup Series competition. It is Newman’s ninth pole at Charlotte Motor Speedway and the 46th of his career to move him in a tie with NASCAR Hall of Famer Junior Johnson for 10th on all-time pole list. Here is the question and answers from the press room.

RYAN NEWMAN, NO. 39 U.S. ARMY CHEVROLET – POLE WINNER
Question –  CONGRATULATIONS. THIS IS ALSO CHEVROLET’S 600TH CAREER POLE IN THE NASCAR SPRINT CUP SERIES, WHICH IS QUITE FITTING FOR THE COCA-COLA 600

“Thank you. I’m glad the numbers worked out right for once. Ultimately it was a great lap. I ran the high line, which I’ve never done in qualifying here before. So it tells you how much things have changed between the tires and the race track and the cars to be able to do something different than I’ve always done to create that ultimate fast lap. So, I had a lot of confidence after practice and I watched Montoya have a good (Turn) 1 and 2 and he missed (Turns) 3 and 4. That gave me more hope because I knew he was going to be the benchmark, at least for the overall speed that he put down in practice. So, it was great to have U.S. Army on the car this weekend for Memorial Day weekend and the Coca-Cola 600. It’s an honor to represent those soldiers and try to do our best to celebrate Memorial Day in the right way.”

Question – FOR A GUY WHO IS GOOD AT QUALIFYING, WHAT PROMPTED YOU TO MAKE SUCH A DRAMATIC CHANGE?

“The where and the way I ran in practice, we were still two-tenths off of Montoya but we were running his line and he was the quickest car. From my standpoint and looking at it, he was showing us how to do it. And I used his example and fortunately had a great lap. But I lost a little bit of confidence in my sail when Tony Gibson came on the radio before I went out and said the top five guys ran the bottom. And I’m thinking to myself if you’re trying to convince me to run the bottom, I don’t appreciate it (laughs) because I’d already made up my mind. I talked to Jimmie Johnson actually. He asked me and I was going to ask him, but he asked me first. Are you going to run the top or the bottom? The top. I’m going to go for it all. I did. And it paid off. When you feel it’s right, you feel it’s right. It’s probably no different than a baseball player swinging at a pitch. He knows he can hit it. He just hits it and knocks it out of the park.”

Question – ON SAYING THIS WAS THE MOST COURAGEOUS LAP HE’D EVER RUN AT CHARLOTTE. COMPARED TO THE OTHER 45 POLES YOU’VE WON, HOW WAS THIS LAP?

“I’ve never run into a corner at 200 miles an hour up against the wall and made it stick (laughs) and still come out the other end. So, to have the courage to put yourself in that position and do that, is tough enough; let alone doing it and pulling it off and winning that pole. So, it was, from my standpoint, courageous because I’ve never been a guy to run the wall, let alone in qualifying. So, from my standpoint it was courageous. From other people’s standpoint (like) Dale Jr. or Martin Truex Jr. and other guys that run the top all the time, it may not have been that big of a deal.”

Question – NINE POLES AT THIS RACE TRACK, WHAT IS IT ABOUT THIS TRACK?

“Ideally, I would like to spread it all out over some different race tracks, but I haven’t been that fortunate. I guess beggars can’t be choosers. In general, I like this race track, I like the speed, I like the banking. When I first came here with Buddy Baker, we drove around in a rental car and after one lap I told him I was going to like this place. I always have. It is a place that I like. I have been fortunate to have good equipment and I have been able to take that good equipment and make it fast. It is just a combination of team effort and nine times out of 19 we have been able to pull it off.”

Question – WHAT DO YOU HAVE TO DO TO TURN THIS POLE FOR THE 600 INTO A DIFFERENT OUTCOME AT THE END OF THE RACE?

“I don’t know. You asked me that after the fifth one, and the fourth one and the third one. (LAUGHS) Honestly, it is just a matter of going out there, just like we did tonight, it is a team effort and the difficulty of that expands once you include the pit crew; once you include multiple pit stops and strategies and everything else. I have always told you guys, it has been easier for me to go out and run one lap and do it fast than it is to go out there and run 600 miles fast. I can do that, it just a matter of putting yourself in that track position. Putting yourself in that right position; the right tires on the car because you have a good pit crew and things like that. I feel like I am more prepared than I ever have been as far as our team. Our pit stops have gotten better. I feel like, from an experience standpoint, five times now, I know what I did wrong. (LAUGHS) Ultimately, it is the best to start and it is where we all want to finish. There is only one that gets it all together.  I’ll have to talk to Jimmie I guess. (LAUGHS)

Question – COULD YOU IMAGINE THAT IT WOULD BE 13 RACES IN BEFORE YOU GOT YOUR FIRST POLE THIS YEAR AND YOU’RE STILL A FEW AWAY BUT YOU ARE IN A POSITION TO EVENTUALLY OVERTAKE DAVID PEARSON WITH POLES HERE, WOULD THAT MEAN ANYTHING IN PARTICULAR TO YOU? “No different than it would be than it would be taking over Buddy Baker’s record at Atlanta. I think I am tied with him now. Ultimately, it’s what we all strive for is to be the fastest, to be the best, to be the quickest and get to victory lane. It would a lot to me. I think David Pearson was an excellent race car driver, still is. Ultimately it is just a number, but to be where I am and have a shot at it, that’s cool. But I’m still a long ways away. It took me this long to get nine, not that it took me that long, but it’s not easy to win one and five more is not going to be easy at all.”

I was amazed when I walked into the Auto Show here in New York and saw two Nascars sitting there and the Daytona 500 throphy also. They had supposedly the winning car of Ryan Newman’s Alltel Dodge Charger and Kurt Busch’s Miller Lite Dodge Charger along with the tires they used during the race.

They also had some other race cars and even a driver that I had never heard of I think he did road course races.