You are here: Home / Nascar News / Last Stand at Dover: A Preview of the AAA 400 at the Monster Mile 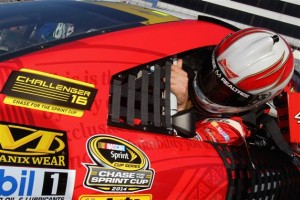 This one’s for the guy who says he’s seen everything. This weekend at the AAA 400 at the Monster Mile in Dover, four of the 16 drivers still alive in the Chase for the NASCAR Sprint Cup will indeed see their pursuit come to an end. Brad Keselowski and Joey Logano may have their tickets punched for the Contender Round, but they are the only two with a guaranteed future in the 2014 season. A handful of other drivers have a reasonable expectation of advancement, but the new Chase format has ensured that, without grabbing that checkered flag, nothing is guaranteed.

Sunday at Dover, we will see the first knockout race in this radical new Chase format. While it has been correctly pointed out that points racing is still a viable strategy this late in the game, Kevin Harvick’s position of third in the Chase standings gives him the luxury some other drivers cannot afford. In many ways, Dover is the perfect venue for the first knockout race, as the short, steeply-banked track demands much more skill from the driver and the chassis team than some of the longer, flatter tracks on the circuit.

I’ll be at Dover Downs this weekend to check out the action, and I’ve been looking forward to this race for a very long time. Let’s take a look at the 14 drivers who are still racing for their 2014 lives, in order of how hot their seat currently feels. Points in parentheses indicate current position above or below the current 12th

Some bad luck with his engine in Race 1 put Almirola at a severe disadvantage in this first round, turning a possible top-10 finish at Chicagoland into a DNF. Pulling a 6th wasn’t enough to pull him out of the basement. Almirola is only here because of his win in Daytona in July, finishing 20th the Sprint Cup, and only one has produced a top-10 finish.

A blown tire late in the race on Sunday sent Busch tumbling to 36th Chase. Though he has more time on the track in Dover than Almirola, he didn’t have much more success, with just one win in 28 tries.

With no wins to his name yet this season, Biffle had to smile just a little bit when he saw the schedule. Dover is one of his favorite tracks, so there are no excuses – and no tomorrows – if he
can’t put together a good run on Sunday.

Another victim of bad luck at Loudon, Hamlin’s unwitting participation in a crash on Sunday stuck him in a pretty big hole. His seven-spot swan dive couldn’t have come at a worse time, as 17 tries at Dover have produced no wins and only three top-five finishes thus far in his career.

For these drivers, winning means everything, but finishing the race means almost as much. They can’t afford to be passed by the guys below, but playing it safe isn’t the worst idea in the world. Maybe we can expect some conservative pit and race strategies from this group, as a DNF would be just about the worst possible way to end a season.

This group is a sure bet to advance, but with the emphasis on winning, anything can happen. Barring disaster, though, these five drivers can expect to move on to the Contender Round. The winner could certainly come from this group, given the combined level of talent and experience we have here, but don’t expect any of these drivers to take any unnecessary risks to grab the checkered flag.

With so many guys fighting for those top 12 spots, there’s really only one thing you’re guaranteed to see this weekend in Delaware: lots of excitement.

Scott Huntington is a racing fan and freelance writer. Follow him on Twitter @SMHuntington or check out his blog, offthethrottle.com