There have been a ton of different pace cars in NASCAR history. From sports cars to sedans, the pace cars range in size, style, and finesse. There are a few, though, that stick out in recent NASCAR history as especially important or awesome. Sometimes the cars represent causes, or are just flat out awesome cars that naturally steal the limelight. Here is a list of five memorable pace cars that have stuck out in my memory as being awesome or inspirational over the past couple years. 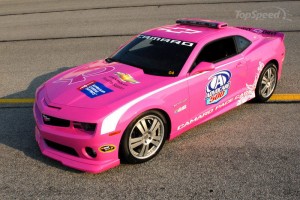 This pink beast was the pace car for the 2011 Spring Cup series race at Atlanta Motor Speedway. I remember watching this race and thinking, “Why is that car pink!?!?! This is a man’s sport!!!” Of course, I figured it out pretty quick and subsequently donated to the American Cancer society.

During the race, Chevrolet made a $200 donation for each caution lap completed by the pink Camaro.  While this is not the first pink pace car to ever grace a NASCAR track with donations for laps completed, it’s certainly the manliest pink car I’ve ever seen. 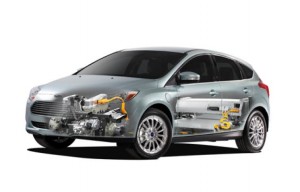 The electric Ford Focus paced the Sprint Cup Richmond 400 in 2012. The Focus marked the first time in NASCAR history that an all-electric car was used as a pace car. There were doubts; pace cars must handle difficult driving conditions. Unlike the cars it was leading, the Focus ran quiet and clean.

Having an all-electric pace car was of course a publicity move by Ford to get consumers interested in electric cars, and it worked! Even though NASCAR fans have petroleum in their veins and octane on their brains, they also like fuel economy in their everyday driving. 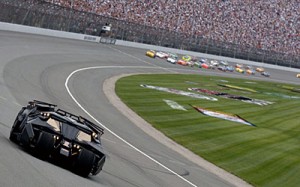 The Batmobile paced (kinda) the Michigan International Speedway for a race called the “Batman Begins 400.” The Batmobile aka “The Tumbler” acted as a honorary Pace Car for NASCAR’S first ever movie sponsored race for the release of Batman Begins. The Tumbler did a parade lap at the beginning of the race, but handed over pace duties to a more qualified vehicle, the Chevy SSR Pace truck.

Batman even served as the Race Marshall, growling, “driver’s start your engines.” 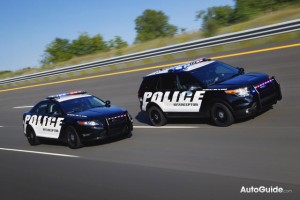 In November of 2012, the 2013 Ford Police Interceptors paced the Ford Championship Weekend at Homestead Miami Speedway. Instead of chasing down speeding cars, however, the Interceptor had speeding cars chase it. The Interceptor is designed with all the latest engineering safety feats and technological innovations, so it didn’t have to go through much modification to perform as a Pace Car.

There were a couple of different races that the Interceptors paced, and they all looked awesome. These races were the launch of the Interceptors, both the Sedan and the Utility vehicle. 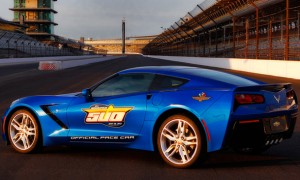 Holy awesome. The new 2014 Stingray served as the Pace Car for the Indy 500 at the vaunted Brickyard back in May. That race marked the 12th time a Corvette was picked for the Pace Car. Usually a Pace Car has to go through some powertrain upgrades to stay ahead of the pack, but no the Stingray. It sports a 6.2L LT1 engine that supports fuel injection, continuous variable valve timing, and Active Fuel management.

The Stingray rumbles out 450hp and can get from 0-60 in 3.8 seconds. It’s cool to have Camrys, Focuses, and other sedans and cars be Pace Cars every once in a while, but the Corvette is the ultimate Pace Car that catches eyes and makes true auto-fans drool.

Pace Cars are usually used during the caution laps in case there is debris on the track, an accident, or bad weather. Pace Cars are also called Safety Cars. Any car chosen to pace must go through safety procedures and refinements, including added yellow lights and tires that can find traction in any environment.

Frank Rockwell is a car enthusiast with a natural proclivity for Corvettes.

When it comes to being a fan of NASCAR, I’m just like everyone else. When it comes to being a fan at the track, I’m the first to admit that I’m spoiled. One of the perks to having a husband in the media is being able to get your hands on media passes for the race weekend. And with that comes media parking and a cold pit pass. Yes, the cold pit pass can be purchased by regular fans. But the media pass? That’s where the ultimate experience comes in to play.

Several weeks ago, I was at Michigan International Speedway. They rebuilt the media center this year and while it isn’t much wider than the previous MC, it’s much nicer. Outside the “writer’s room,” where the journalists sit tapping at their computers (and amongst whom I was doing the same thing at the time), the main floor of the media center is now floor to ceiling glass. One could stand there and watch the pit action and the race without ever having to leave the comforts of the air conditioning. This is also where they have a small lunchroom where they feed the media. The lunch room, also floor to ceiling glass, is right next to the entrance to pit road from the garages. There is almost nothing cooler that sitting there, eating lunch, and feeling the rumble of the cars as they drive past on their way back out to the track for practice.

One floor above that are the hospitality suites. These are reserved for the teams and sponsors. New this year, I believe, is a small cafe/restaurant where they can get food/drinks should their particular suite not be serving anything at that particular moment. Where we like to stand is on the roof of the media center. You can see the entire track and it’s easily my favorite place inside the track to watch the race. You know, at least until the sweltering heat gets to me and I head back inside. Last year, there were not that many people up there. This year, however, despite the sweltering heat, it was packed! I managed to find a spot down by my favorite drivers pit stall and stood there for a good bit, until I’d had enough of the heat.

But perhaps the coolest part about being able to be in the media center are the press conferences. You get to see all the drivers (that are scheduled, anyway) and because the writer’s room isn’t too terribly big, you get to see them up close and personal. On more than one occasion I had to ask myself, “Am I really here? Am I really seeing this?” It really is an incredible experience. You also run the chance of being able to see them as they come in and out to use the rest rooms (my husband nearly ran into Jeff Gordon on his way out of the MC). The drivers meeting area is also in the media center, though I did not head in there during the meeting. There’s just something about being so close to the drivers that you can reach out and touch them that makes the fan experience that much more.

If you ever have the opportunity to experience a race in the way I’ve described above, I highly recommend it. You won’t be sorry you did!

No one likes that it rained today and we didn’t get to go racing but we will do it tomorrow. I am curious as to what everyone did during the delay. I watched the coverage on ESPN while I cleaned up the house a little bit and cooked some lunch. How did you spend your afternoon while you waited for NASCAR to postpone the race until Monday?

Well he wasn’t the best car but you didn’t need to be to win today. Jimmie Johnson took the lead from Mark Martin with around 15-20 laps to go and held off Mark in the final laps to win.

The story of the race came from who didn’t win and that was the best car on the track which was Juan Pablo Montoya and his #42 Target car. It came down to a speeding penalty on pit road by Juan to change the whole dynamics of the race.

Luckily for Juan he was able to get back on the lead lap when Dale Jr’s engine blew up a few laps after the penalty. It was just a tough day for Juan and a lousy way to lose a race. Losing a race by going to fast should not happen. It does and that’s a way of life, maybe we need to get rid of the way they keep track of pit road speeds. Maybe put in a speedometer that only works at 55mph and lower speeds. I don’t know but its an idea.

I am a Jimmie Johnson fan but even I don’t want to see races end like that. There was no big wrecks to talk about as it was a pretty clean race. Kyle Busch had a tire go down and he hit the wall as did Sam Hornish. Demmy Hamlin had a transmission problem that took him out of contention for the day.

All in all it was a good day, the fans were into it and the weather was good for a change.