NEW YORK (Jan. 11, 2019) – Legendary NASCAR driver Jimmie Johnson and Ally revealed the new look for the No. 48 Ally Chevrolet this morning, unveiling a blend of Ally’s unique branding along with Johnson’s iconic number and color. 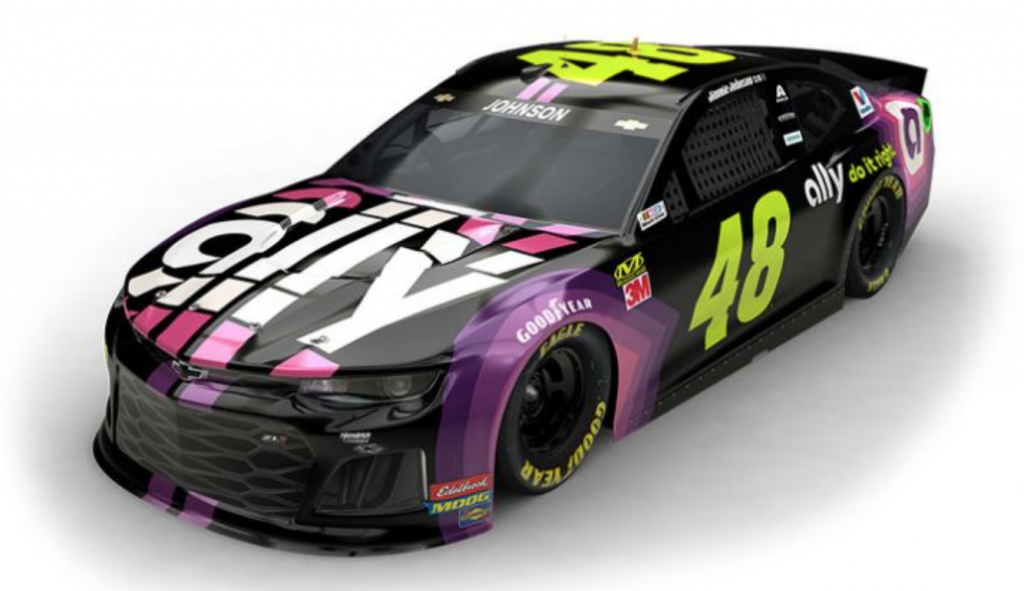 “This is an exciting beginning with Ally, and we wanted a car that conveyed that excitement to our fans,” Johnson said this morning after unveiling the new car on Good Morning America. “Personally, I’ve put a ton of time in on this paint scheme to help our team develop the new look.”

In October, Ally, a leading digital financial services company, announced that it would join Hendrick Motorsports as the whole-season primary sponsor of Johnson’s team in 2019 and 2020. The sponsorship will feature Ally on the champion driver’s cars throughout the full 38-race NASCAR schedule, beginning with February’s 2019 DAYTONA Speedweeks and the 61st running of the DAYTONA 500.

“We wanted Jimmie and fans throughout the country to love the car, so we were ecstatic that he took such a hands-on approach to developing a paint scheme that would stand out and his fans would embrace,” said Andrea Brimmer, chief marketing and PR officer for Ally. “It’s just another example of why our relationship is such a great match. His values line up with Ally’s approach. We both have high standards and want to make sure we ‘Do it Right’ for our fans and customers.”

Johnson, who is signed with Hendrick Motorsports through 2020, selected a black gloss as his base color with matte decals in Ally’s color pallet. Johnson’s iconic neon yellow 48 will anchor the car.

One of Johnson’s most-avid fans was on hand for the reveal in New York at the GMA studio. Johnson and Ally teamed with Make-A-Wish® to surprise 10-year-old Trevin of Florida, by flying him and his father, an armed services veteran, to New York for the car reveal and revealing that his wish to attend the DAYTONA 500 would come true. Trevin, who has cystic fibrosis and is a big NASCAR fan, will attend the race as Johnson’s guest.

“Today is such an incredible day for Trevin. We are grateful to Ally and Jimmie Johnson for inviting Trevin to this car and wish reveal today,” said Shaina Reeser, director of sports and entertainment for Make-A-Wish. “For 15 years, Jimmie Johnson has been committed to granting wishes for children with critical illnesses and understands the importance of a wish come true. We are enormously grateful for his support and passion for creating life-changing moments for wish kids.”

This year marks a new beginning for Johnson, who in addition to getting a new sponsor with Ally also has a new crew chief in Kevin Meendering. Johnson has seven NASCAR titles – equaled only by legends Richard Petty and Dale Earnhardt – that include five in a row from 2006 to 2010. “I’m invigorated as we chase an eighth title,” said Johnson, the only race car driver ever to be named the Associated Press Male Athlete of the Year. “I feel like we have something to prove.”

Brimmer said the timing is perfect for Ally to team with Johnson. “We are proud to have his back as he goes for this monumental achievement. Everyone relies on allies as they chase their goals and dreams – from the person looking to buy a new car or home to a world-class athlete looking to make auto racing history.”

CONCORD, N.C. (April 25, 2017) – After 18 seasons and more than 600 races behind the wheel, Dale Earnhardt Jr. will bring his NASCAR Cup Series driving career to a close at the conclusion of 2017. Today, he shared the news with members of his No. 88 Hendrick Motorsports team.

The fan favorite and two-time Daytona 500 champion will discuss his decision in a press conference this afternoon. He will be joined by Hendrick Motorsports owner Rick Hendrick, for whom Earnhardt has driven since 2008. The two first met about the driver’s decision on March 29.

Earnhardt, who will turn 43 in October, made his first career Cup Series start on May 30, 1999, at Charlotte Motor Speedway. Since then, the Kannapolis, North Carolina, native has captured 26 points-paying Cup race wins and been voted by fans as NASCAR’s Most Popular Driver a record 14 consecutive years. He has qualified for the NASCAR playoffs eight times.

Now in the midst of his 18th full-time season at the elite Cup level, Earnhardt made his 600th career series start on March 26 at Fontana, California. He will compete in his final NASCAR Cup Series race on Nov. 19 at Homestead-Miami Speedway.

Hendrick Motorsports will announce plans for its 2018 team alignment at a later date.

AS you have probably heard NASCAR driver Carl Edwards is retiring from full time cup racing. He pointed out 3 reasons for doing so. 1 – He accomplished everything he wanted to and was satisfied. 2 – Interest in other things besides racing. 3 – He is healthy and wants to stay that way. We wish him all the luck in the world.

You can see it all here. 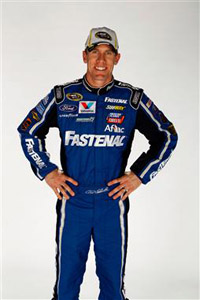 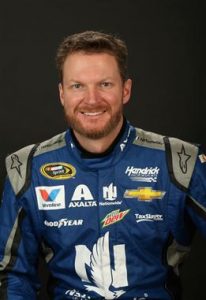 Hendrick Motorsports just announced that Dale Earnhardt Jr will miss the rest of the NASCAR racing season. I am glad that Dale Jr is taking the time off to get healthy. Without our health we have nothing.

The rest of the season will be a combination of Jeff Gordon and Alex Bowman filling in.